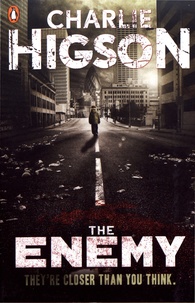 The sickness struck everyone over fourteen. First it twisted their minds. Next it ravaged their bodies. Now they roam the streets - crazed and hungry. Across a broken London the young hide in gangs. Scavenging to survive, they can see only one ending. Until from across the city come rumours of a safe house. To get there they must face the Enemy - the mindless killers who once promised to love and protect them always. Can they trust each other long enough to make it out alive ?